| No Comments
| From the Doctors desk 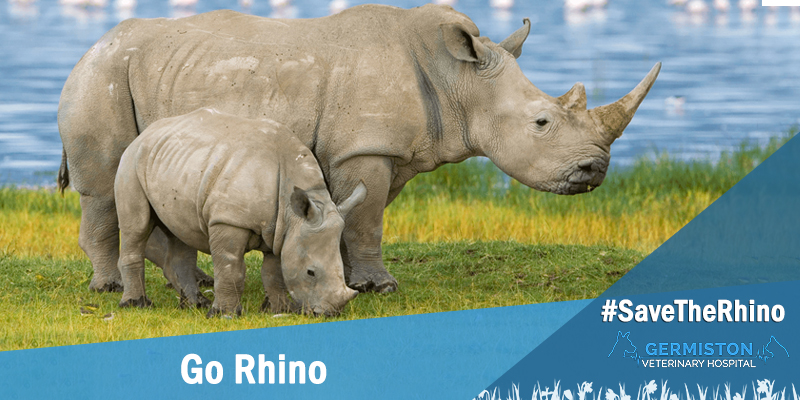 September marks Rhino Month in the environment sector and it coincides with World Rhino Day, which is commemorated every year on 22 September. World Rhino Day was introduced by WWF-South Africa in 2010 to celebrate all five species of rhino – the black rhino, white rhino, greater one-horned, Sumatran and Javan rhinos.

The following year, World Rhino Day grew into an international success, encompassing both African and Asian rhino species, thanks to the efforts of two determined women …

It all started with an email: In mid-2011, Lisa Jane Campbell of Chishakwe Ranch in Zimbabwe was already planning ahead for World Rhino Day. She searched online for ideas and potential collaborators, and found Rhishja’s blog. Lisa Jane sent Rhishja an email, and the two found they shared a common goal of making World Rhino Day a day of celebration for all five species of rhino. In the months that followed, they worked together to make World Rhino Day 2011 an international success, both online and offline.

World Rhino Day has since grown to become a global phenomenon, uniting NGOs, zoos, cause-related organisations, businesses, and concerned individuals from nearly every corner of the world!

South Africa has a proud conservation record, having brought the rhino back from near extinction in the 1960’s to a healthy estimated 20 000 black and white rhino by the end of 2013.  South Africa is home to more than 80% of the world’s rhino population, and 93% of Africa’s rhino.

South Africa has been described as the only remaining hope for the world in terms of rhino conservation.  It is a reputation that the country, and Government, wishes to maintain. The South African Government recognises that poaching is part of a multi-billion dollar worldwide illicit wildlife trade. Addressing the scourge is not simple. That is why we will continue to strengthen holistic and integrated interventions and explore new innovative options to ensure the long-term survival of the species.

Communities living adjacent to national parks, state and privately-owned conservation areas, as well as private rhino owners, rely on the rhino, as a key member of the Big Five, as a source of income and job creation.

The rhino is an important part of South Africa’s cultural, economic and natural heritage.